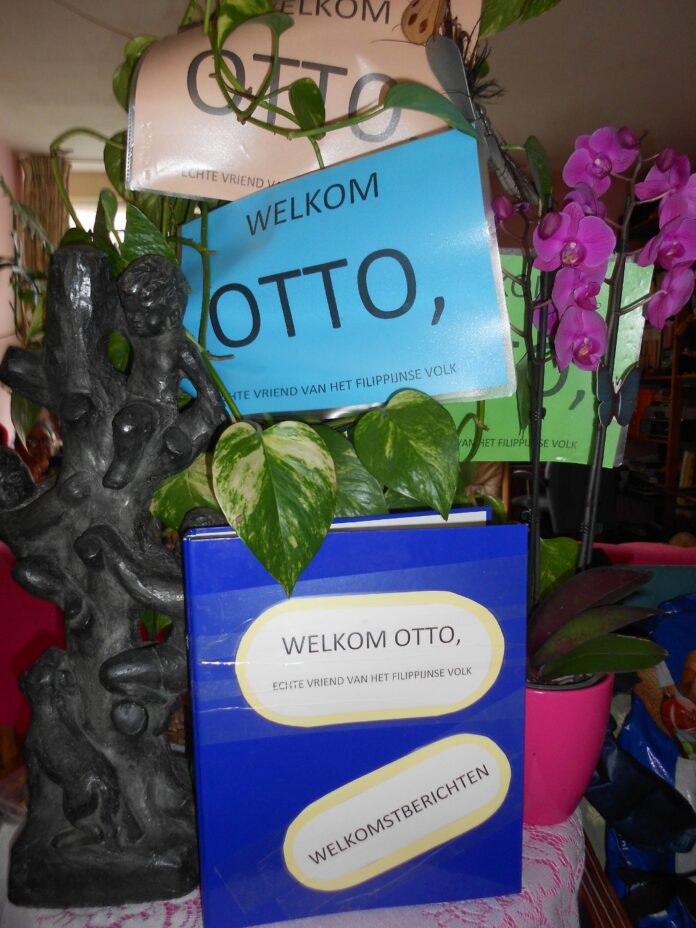 Dutch pastoral worker in the Philippines and labor rights defender Otto de Vries has arrived safely in the Netherlands on Tuesday noon.

It was a strange combination of tears and excitement as the de Vries family, friends of the Filipino migrants community and Filipinos in the Netherlands and Europe warmly welcomed de Vries as a genuine friend of the Filipino people.

De Vries had found a home in the Philippines where he committed 30 years of his life in serving the poor and the marginalized sectors. He would have chosen to commit more years if not for the controversial red-tagging of the Duterte administration to him as a researcher of the Ecumenical Institute for Labor Education and Research (EILER).

The Filipino community in Europe and the international solidarity network stood for de Vries and EILER and lobbied to grant him permanent residency in the Philippines. Actions and online rallies were also organized to expose and oppose the Duterte administration’s political vilification of church workers, labor rights defenders and people’s organizations among others.

According to Theo Droog, spokesperson of the Nederlands-Filippijnse Solidariteitsbeweging (Dutch-Filipino Solidarity Movement), the case of Otto de Vries confirms what human rights organizations say about the Philippines: that the Duterte government falsely accuses those who serve the poor, the oppressed and the marginalized as communists and calls them terrorists.

De Vries had unselfishly lived the life of service to the church of the poor. His life with the workers was the source of his motivation. For years, he became a worker himself and experienced the harshness of a worker’s life in the Philippines. When he was no longer able to do physical labor, he started working for EILER.

In a letter, Migrante Netherlands spokesperson Jun Saturay stated: “To our dear compatriot Otto, in behalf of Migrante Netherlands and all its chapters, we declare our solidarity with you in your steadfast commitment for the rights and welfare of Filipino workers through the Ecumenical Institute for Labor Education and Research. This is impressive and inspiring for other rights defenders of the Filipino people. Compatriot Otto, in recognition of your full service to the Filipino labor movement, we hereby confer upon you an honorary membership to Migrante Netherlands. The Philippine Government may have considered you as an “undesirable alien” but for us, you possess all the qualifications of a Filipino compatriot who truly loves and serves the people. By awarding you an honorary membership to Migrante Netherlands, we want to let you know and make you feel that from the bottom of the heart of the Filipino community here in the Netherlands and Europe, we view your service to the Philippine labor movement with high esteem. To you, our high respect and salute.”

Below are excerpts of quotes from the welcome texts of other organizations and individuals in the Netherlands and Europe including those working in the fields of development work, human rights, peace & justice, solidarity with the Philippines, church work, and interest groups working with migrants, women and young people.

“Anyone can imagine how painful it must be to fall victim to red-tagging and to be forced to leave the country which has been his home for so long, where he had so many friends and where he did very valuable work for the most vulnerable for the past 30 years of his life. ”

“Otto is a person with a pure heart and a great compassion for the poor and workers in the cities. Labeling Otto and the institution he works for as terrorists is a desperate act of a government that is slowly becoming isolated from its people.”

“You have fought a great fight! You have been effective otherwise the dictator would not have thrown you out. ”

“Everyone sincerely hopes that the day will soon come when it will be possible for you to return to the Philippines to be reunited so you can be reunited with all your friends and you can continue your work in solidarity with the poor communities that you served for so long. ”

“How can evil target you when all you wanted was to be honest and sincere. Continue to trust in your mission of Peace and Justice. You don’t know what the future will bring you, but keep believing in the good because that is your destiny.”