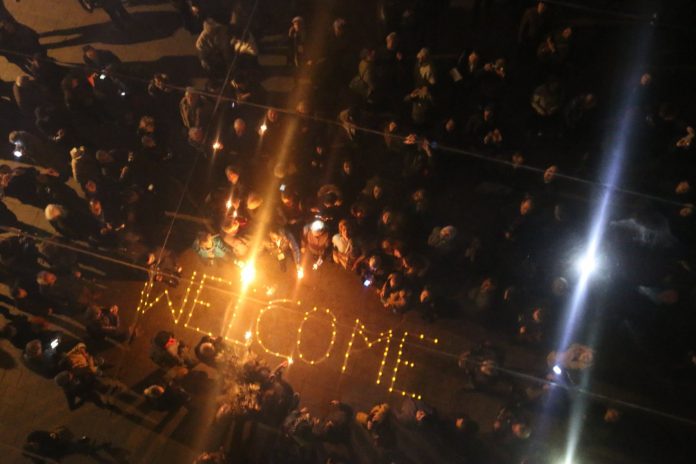 For new feminist conquests in Europe!

On the occasion of the International Women’s Rights Day, we, organizations and personalities from the Marseille European Forum, commit ourselves alongside women who, throughout the world, have taken the floor against patriarchal domination and for equality.

The global feminist wave, under the name of “Me too” or “Time’sUp”, but also the courageous struggles of Polish, Spanish and Croatian women against reactionary governments who wanted to prohibit or reduce the abortion right, indicate that our societies are ready to fight to defend the rights of women, and also to win new conquests.

The struggle for gender equality is an emancipatory fight as fundamental as social, democratic, peaceful and ecological issues. It must be a priority within the European Union and in Europe’s relations with the world. This implies a cross-cutting policy that takes into account all aspects of life, from equal wages to setting up public services that free up women’s time and safeguard their health. It also implies the ratification and the effective implementation of the Istanbul Convention, and the protection of migrant women who, under the current regime of inhospitality in the Union, are plagued by trafficking and the most regressive forms of violence and slavery.

Because this ideologically-driven policy requires us to break with the austerity and precariousness of work, with militarism and fortress Europe, we believe that the unity and convergences of women’s struggles are fundamental to change Europe.

We will actively participate in the initiatives of 8 March 2018, and call, as a continuum, that the feminist organizations of Europe make their demands heard and share their experiences at the next European Progressive Forum to be held from 9 to 11 November in Spain.

Justice for the 14 Negros peasants